AP, DVC, D23 oh my! If you're new to the world of Disney, you've probably noticed there are a lot of acronyms flying around. I myself am still trying to figure out what a majority of WDW (Walt Disney World) acronyms stand for...but here are 3 that I am very familiar with....because I own each one. Over the next 3 blogs, I'll explain the benefits and draw backs to having each one of these in your back pocket (so to say). 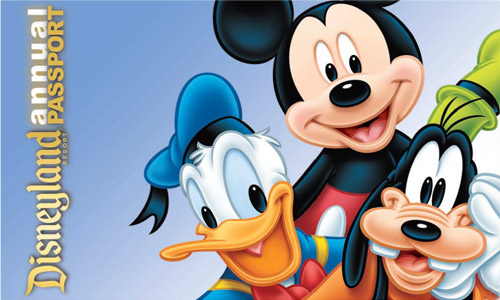 As a family of 5, all of which require their own Annual Passes, you'd think we were out of our mind for purchasing them. But let me explain. Yes, we live 6-7 hours away from the park, but that doesn't stop us from making use of the passes.

Every year (or twice a year it seems) Disneyland raises their prices on their tickets. This last increase took place in February of 2015. The prices increased by $10 for 1 day park hopper passes. (I'm using this ticket as it's the easiest to compare the benefits to).

The first year we had purchased passes (2013), we actually got a smoking deal thanks to Costco and Disneyland teaming up to offering passes at a discounted price along with Costco Cash. Long story short, we were able to apply our discounted tickets at the gate (and got full value of the tickets) to our annual passes, as well had $200 worth of Costco Cash used to feed us for a week. Well, Disney wised up and since then they've no longer offered that deal at Costco (It doesn't hurt to look each time we go though!) So I'll just fast forward to 2014.

Total of $3655 broken down into 12 monthly payments. So long as we visited the park 4 days a year, our passes pay for themselves. Not to mention.....


Other benefits to having an Annual Pass:


Ok, I get what you're thinking. Why would you go so often? To this I refer you to my previous post. The other question I get asked is : Would you go as often as you do if you didn't have the pass? That's sort of a catch 22 question. We'd probably not visit as much, but most likely end up going enough to make an Annual Pass worth while, so it makes sense to get one, and hence we go as often as we do.

I hope this helps you in figuring out if an Annual Pass is worth it for your family!

Oh, wait...I said draw backs would be covered too...and honestly, if you're as much a Disney fanatic as I am, there really is no draw back. The only thing I can think, is having an Annual Pass may have made us go more often than if we had not had one, but again...is that really a draw back??