Tips and Tricks and why we go back.


With as often as we visit the park, we get bombarded often with a variety of questions. Here are the top few that I hear more times than not:

1. Don't you get tired of going to the park?

2. Haven't you seen everything?

3. How do you handle all those people?

4. What are some tips you can share with me?

1. Don't we get tired of Disneyland? Ha. Never. Disney is in our blood. I'm sure if you looked at our blood under a microscope, you'd see little Mickey cells floating around....so to answer it simply, No. We don't and we can't explain it to those who don't understand it, so ...moving on.

2. Haven't we seen everything? To the outsider who doesn't know Disneyland the way I do, I can see how you'd ask this question. To the common outsider, Disneyland is rides. Pure and simple, it's an amusement park that has a couple dozen or so of rides, most of which have been around 20+ years. So how can we visit as often as we do and not have been on all those rides? To them I say two things. First of all, Disneyland is soo much more than just rides. From the more commonly known non-ride events like parades, fireworks, Fantasmic and character meet and greets, to the lesser known moments like Alice and the Mad Hatter musical chair performance near Coke Corner, tours (Like A Walk in Walt's Footsteps *blog on this to follow in the future), looking for hidden Mickey's, or the Flag retreat, there is always something to do or see. In fact, there have been days that we have spent in the park and never even stepped foot on a ride. And even if we were able to do and see and ride everything Disneyland had to offer, give it a week, and it'll change. Something new will be debuted. A ride will be changed a little (Jingle Cruise at Christmas time). As Walt said, and I paraphrase here, Disneyland will never be completed as long as there is imagination left in this world. 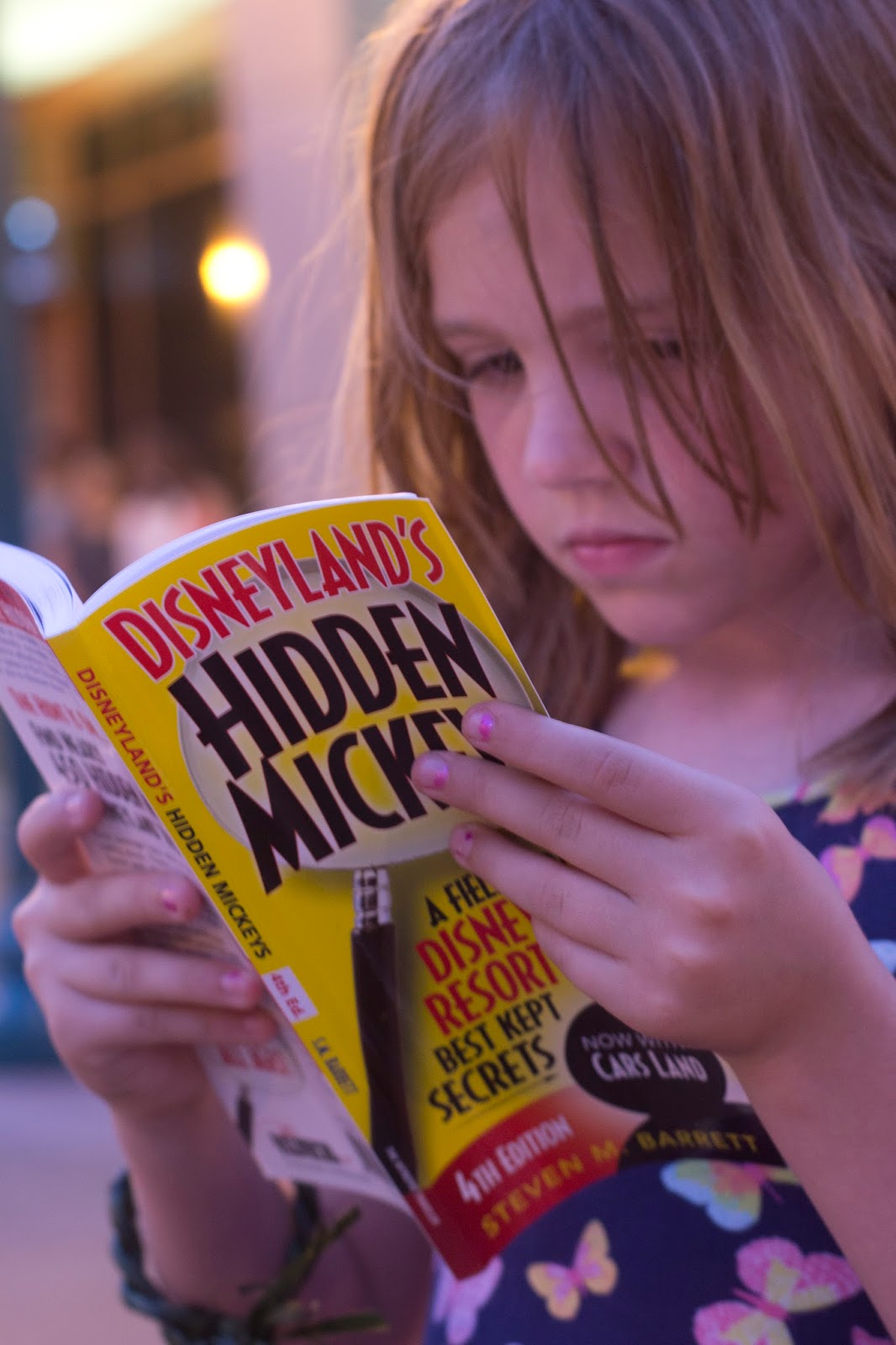 Alice looking at a guide to Hidden Mickey's around the park... 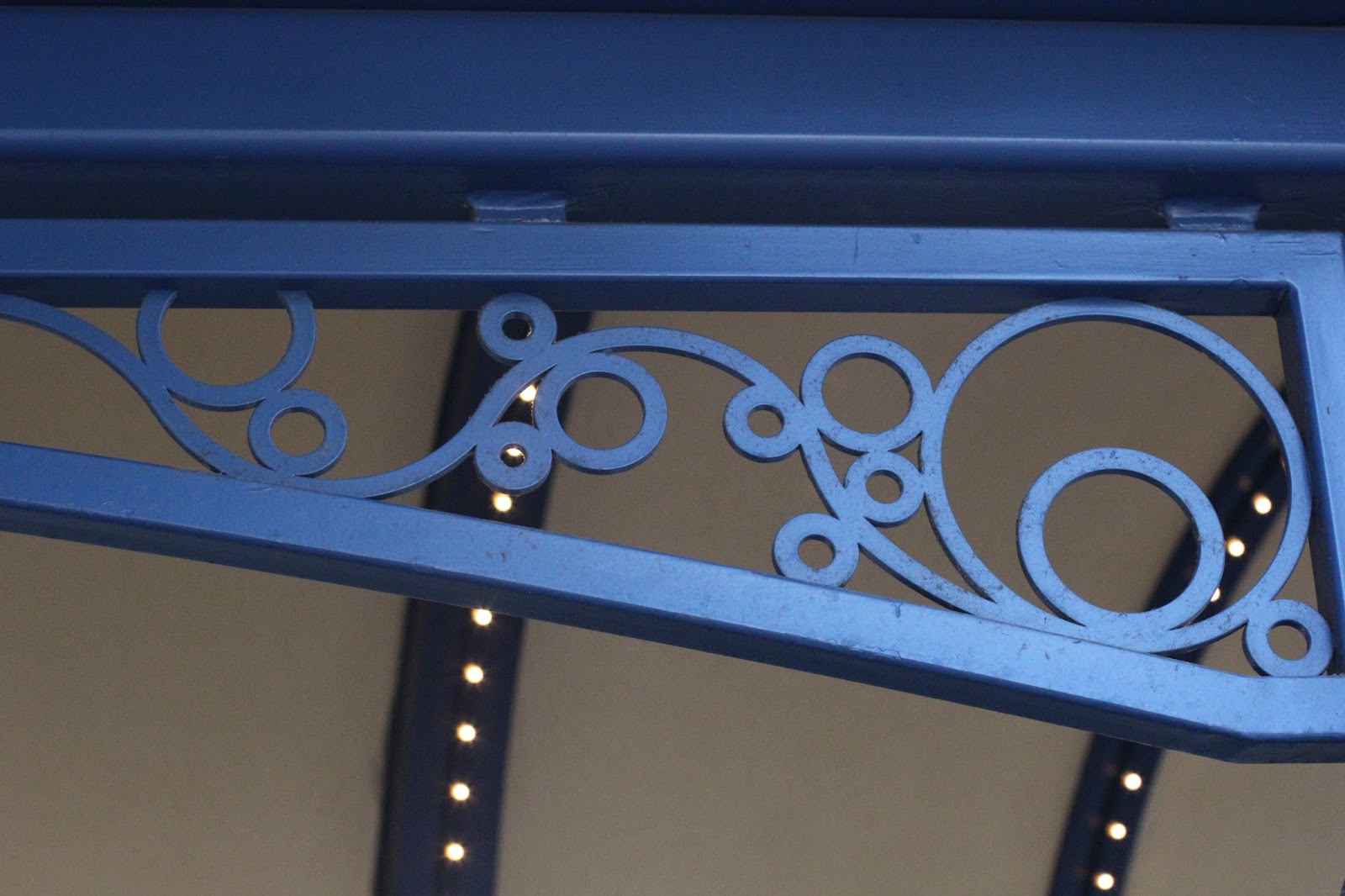 A couple hidden Mickey's in the filigree


3. How do you handle all the people? Wheww..this is a good question honestly. And there are times that even for me, it's too crowded. But that never makes me leave. Instead, we retreat to the quieter and more calm parts of the park. Let me back up. I know it's vacation and on vacation you're supposed to sleep in. Not us. We're usually up by 6am every morning so we are sure to be there are rope drop. If you arrive when the park opens, you're sure to get on 6-10 rides without much wait by 11am (or lunch time). It's then when the majority of people start trickling in. See, they're the ones who woke up at 9am, took their time getting ready and went out to breakfast at Dennys. So once they show up, we've usually already put in a full days worth of ride riding. When the masses arrive, we usually take that as our cue to go eat our lunch. We will find a few of our perfect spots that not a lot of people frequent, and enjoy our lunch. (Ok, only because I trust you won't share this with everyone...I'll let you in on a few of those spots..)


Other times when it's over-crowded and we've already eaten lunch, we hop on the train or monorail (in the front of course) and take a few trips around the park. This not only allows us a moment to rest our feet, but also to get a nice cool breeze on us as we people watch. 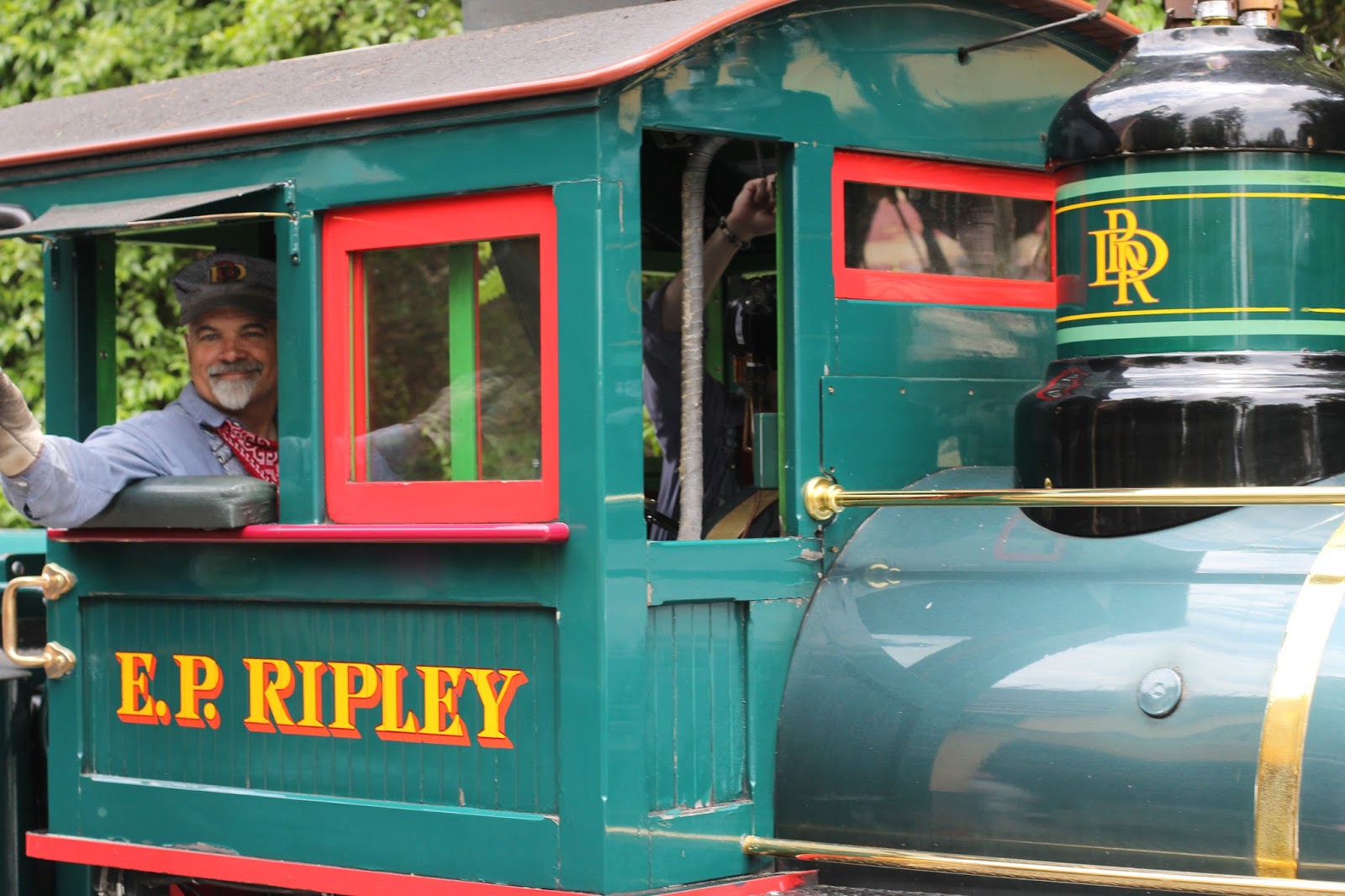 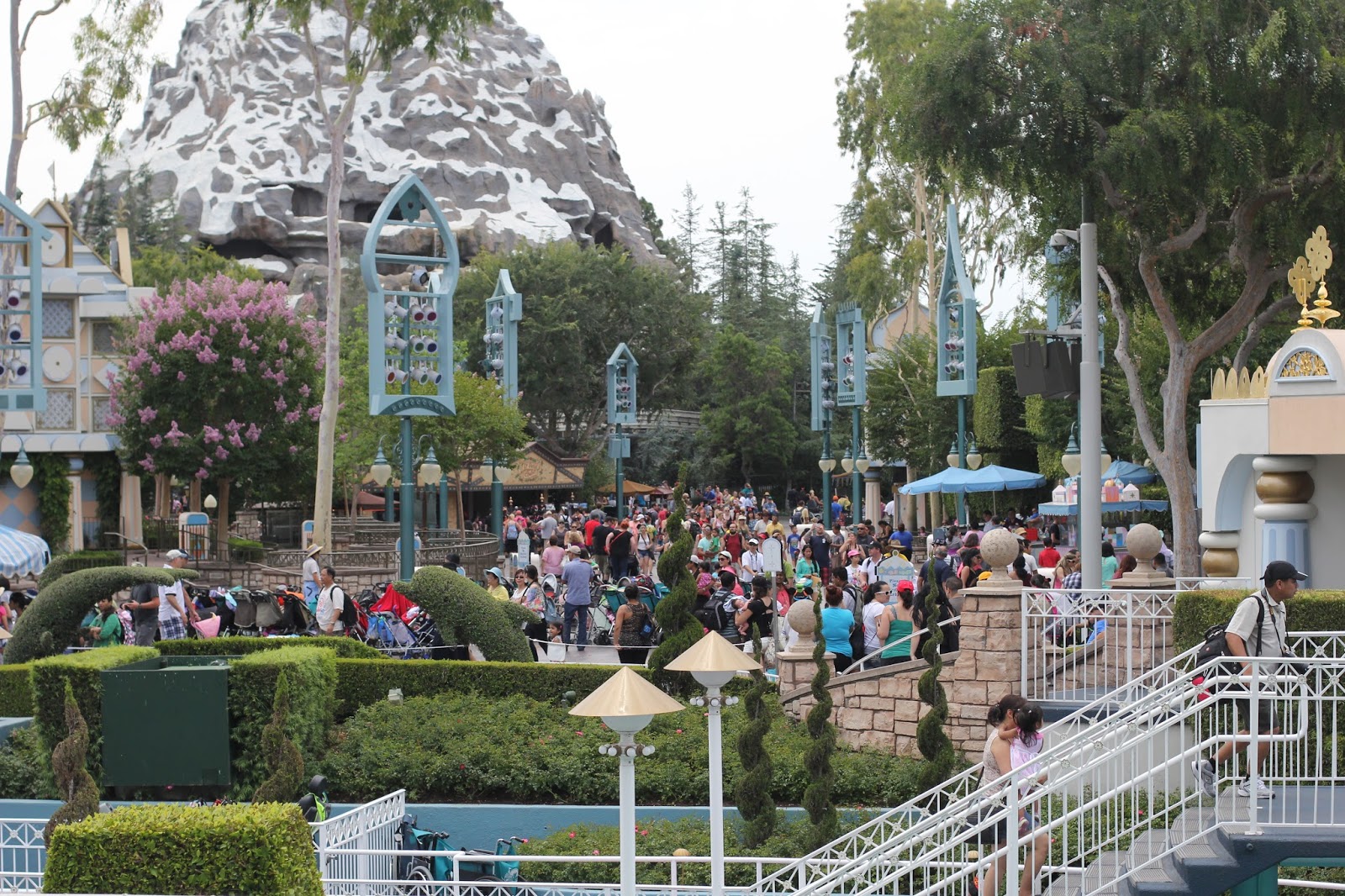 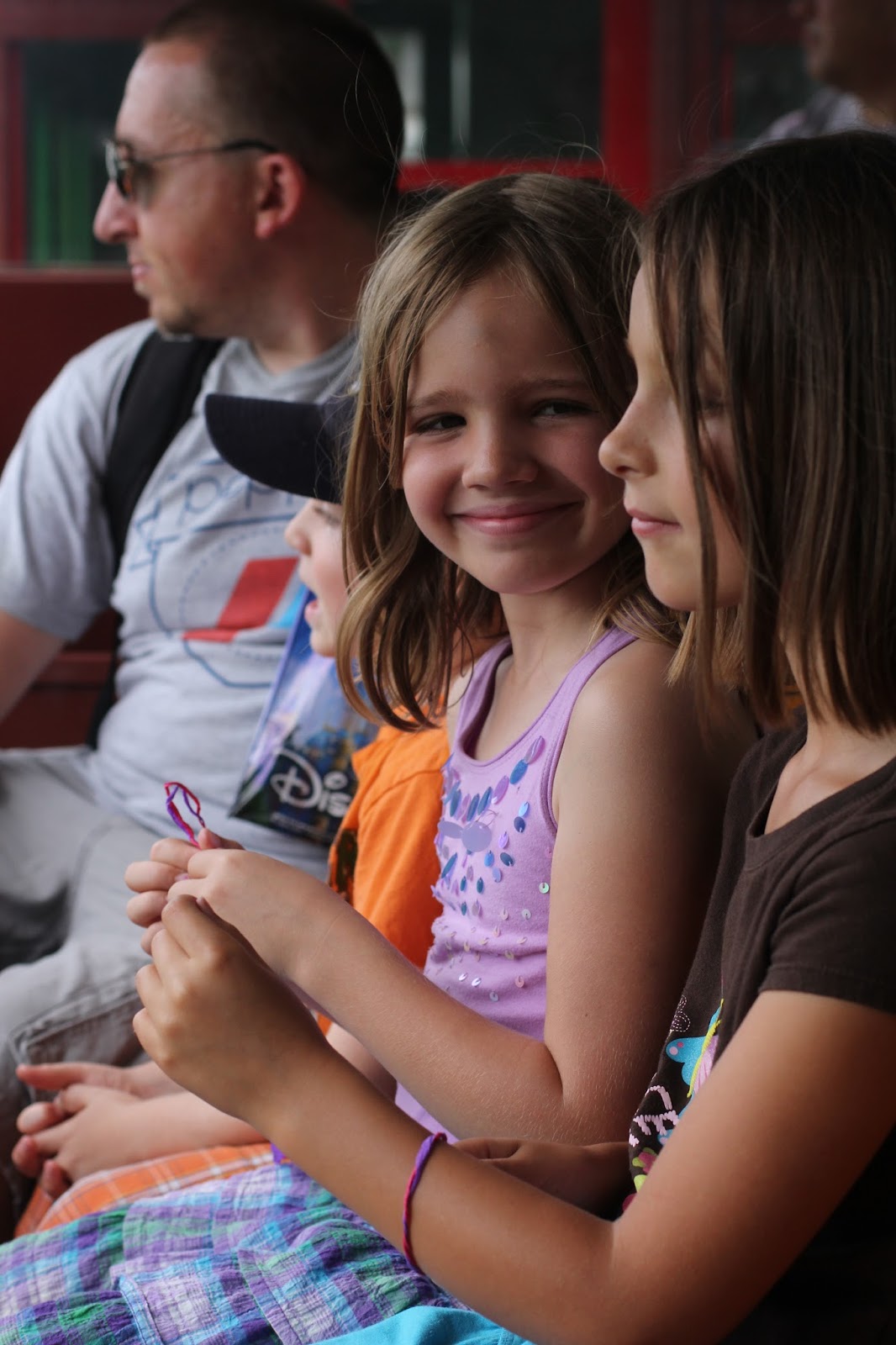 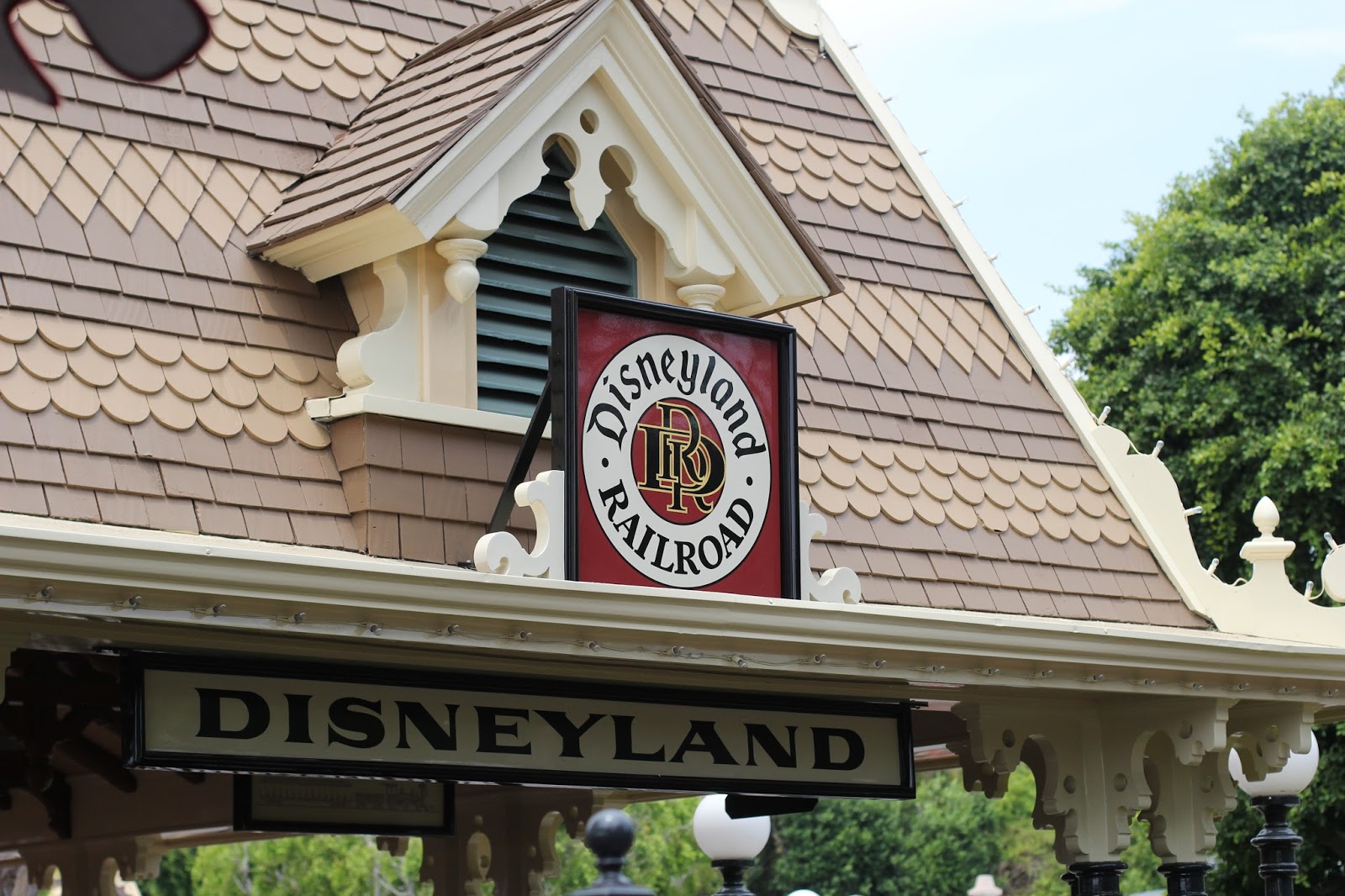 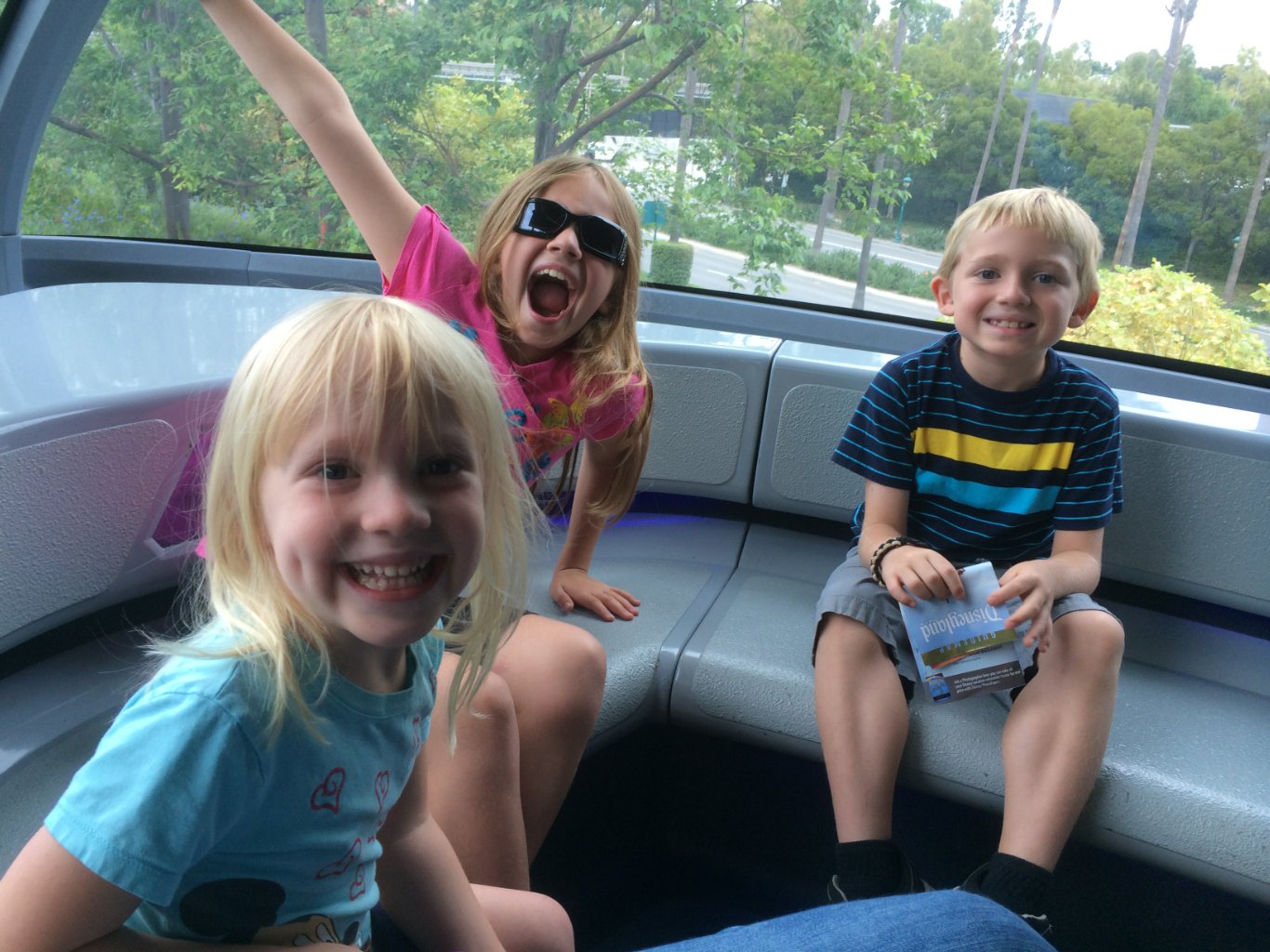 4. What are some tips you can share with me? I get asked this a lot, and I've kept the following list of tips and tricks. *disclaimer, these are only our tips, not guarantees, based on observations.

So there you have it. A couple answers to the more popular questions. If you have your own question, please feel free to comment below and I'll do my best to answer them.

Posted by Mybelle at 2:30 PM No comments:

To All That Enter This Happy Place : Welcome.

Wow, where do I begin? I suppose at the beginning, as it's a very good place to start. (Yes I know, that's not Disney..but still a fun tune to sing). Any whoooo... The beginning.

If you're visiting my page for the first time, as I'm assuming you are, you may or may not know much about the park itself, or about Walt Disney. Clearly a simple Google search could get you all the answers you need, but here's a brief run down of where it all started.....

Walt Elias Disney was born December 5th, 1901 in Illinois. After lying on his birth certificate, he was able to join the Army and was an ambulance driver in France until he returned to the States in 1919. It was then he pursued his passion for drawing as a cartoonist for a local newspaper in Kansas. He began experimenting with cell-animation and cameras, which was really the birth of Laugh-O-Gram. Fast forward to 1923, Disney and his brother Roy had suffered some hardship with Laugh-O-Gram and were forced to declare bankruptcy. In true Disney style, Walt and his brother Roy pulled up their boot straps, determined not to give up on their dream and headed to Hollywood to start the Disney Brothers Studio.

After hiring a beautiful ink and paint artiste named Lilian, Walt quickly became smitten with her, and after a brief courtship, the two married in 1925. *image courtesy of disneyparksblog.com* 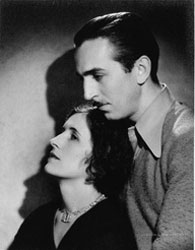 With an unstoppable team, Walt, Roy and Lillian, by 1929 they had created "Silly Symphonies", a compilation of short cartoons which featured Mickey Mouse and some of his pals. Of note, one of Disney's first cartoons was called "Flowers and Trees". It was the first full length cartoon produced in color and ended up winning an Oscar! Success for the Disney Brother's Studios began to snowball. In 1937, Disney released the first ever full length feature film Snow White.

After a long run of animation film achievements with titles such as Fantasia, Pinocchio, Bambi and Dumbo, Walt began to dream bigger. After sitting on a park bench in Griffith Park watching his daughters Diane and Sharron (who I'll talk about more in coming blogs), Walt began to imagine a new kind of park where he could take his daughters. An amusement park!

July 17th, 1955 Disneyland Park was opened. While it wasn't technically 'ready' to be opened (you know, having to choose between drinking fountains and working toilets due to a plumbers strike. Thankfully he chose the latter. Or the fact hat ladies heels were sticking in the not quiet dried asphalt on Main Street), it was still met with great reception. So much so, that the initial 11,000 invitations for opening day some how (maybe due to the ease of reprinting them) turned into over 28,000 people. The opening was covered by ABC television and MC'd by Ronald Reagan. Guest were treated to 18 rides which included The Jungle Cruise, Autopia and Mr. Toad's Wild Ride.

Over the next 10 years, Disneyland continued to grow with new attractions opening and old ones being re-imagined. As Walt always said "Disneyland will never be completed, it will continue to grow as long as there is imagination left in this world."

(This next part has taken me a bit to figure out how to write. I have written and deleted what comes to mind at least ten times....but here it goes)

Walt's dream of an amusement park had been brought to life, but he wasn't finished yet. A few years after Disneyland's opening, Walt began to dream of something even bigger. An Experimental Prototype Community of Tomorrow. Construction on EPCOT had been started when in 1966, on December 15th, Walt Elias Disney passed away from lung cancer.

Walt not only left his wife Lillian, his two daughters Diane and Sharron, brother Roy the day he passed. He also left a hole in the hearts of so many dreamers, in the children and parents who had enjoyed watching his cartoons, who had come to love the park and see it as a second home.

But in this tragedy, Walt also left us with something more valuable than the movies or even the amusement park. He left us with a dream. He ignited in so many people a passion for following their dreams no matter how big they were. He left millions and millions of people over generations a place where they can go as a family or even by themselves, and escape the harsh realities they may be facing in their life and instead find a moment of peace. 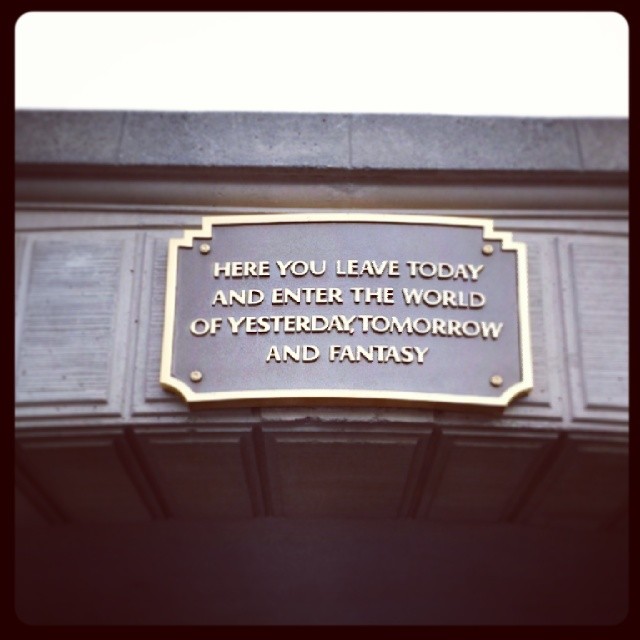 Please join me on this journey where we will leave today and enter a world of all things Disney.