Disney Magic and Club 33 : Then and Now.

When Walt Disney opened Disneyland on July 17th, 1955, he wanted his cast members to bring what he called Disney Magic into the lives of all the guests. And for nearly 60 years now, I've heard story of Disney Magic being performed on a nearly daily basis from cast members. But what Walt probably didn't expect, was that Disney Magic started to leak out of the confines of the park. That this magic would find it's way into the hearts and minds of it's guests as they left. It began to show itself in daily actions of people. And lucky for me, it's found it's way into my life. I have been so fortunate I could write a book about it all, but for now, I'll just cover Club 33 and how lighting struck twice.

My first touch of real Disney Magic was in 2013.

You know how they say if there is something you desire, just say it  out loud. Put it out there to the universe. So I decided to put my desire to visit Club 33 out to the universe the beginning of 2013. That year I'd be celebrating my 33rd birthday and thought how fun it'd be to visit Club 33 in my 33rd year of life. I had known how impossible it was to get in, and never even attempted to hunt down the elusive member and try and get my foot in the door, but thought hey, why not just put it out there.

Insert a sprinkle of pixie dust and voila! You've got Disney Magic and a reservation for 6 at the Club!

Now an unspoken rule of Club 33 is you don't reveal your sources. So I'll go ahead and skip to the point where we got to visit the club in June of 2013. ;)

Talk about being ready to die happy.... 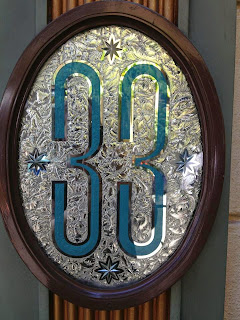 So that was 2013....fast forward to a year later in 2014. No putting it out there, or wishing upon star created my second lighting strike with Club 33. Rather a true Disney Magic moment and appreciation for the Disney fan I am, led to my second visit.

Club 33 closed for a brief time during 2014 for renovations. I had read from various sources that they'd be closing my favorite location for the Club 33 expansion..the Court of Angels. Upset by this news, my family made sure to visit it one last time in December before it was lost to us forever. Little did I know, I'd be able to revisit my old friend later that next year.

As mentioned above the Club was closed for major refurbishment, so while this was a second visit, it was like the first time.

I can't tell you how honored I was/am to have been able to visit Club 33 just before it's closing and just shortly after it's reopening.

Initially I was sad to see all the changes that were made. The Club 33 I visited last year was completely gone. It was unrecognizable. Instead of entering from a small door located next to the Pirates ride exit, you entered farther over near the restrooms. Instead of waiting in a tiny cramped little space where you got to admire the Parisian lift, you got to relax in an open and spacious area (Court of Angels). That isn't where the differences ended. The design and look of the whole restaurant went from vintage classic Disney to more upscale swanky restaurant. It was an adjustment for sure in my mindset, but don't get me wrong.... While I'm a sucker for nostalgia and seeing things through the eyes and heart of Mr. Walt Disney, the new Club 33 was admittedly amazing.

Mr. Disney even said {the park} will never be finished, so long as there is imagination left in this world. While the Club 33 wasn't what Walt, Roy and Lillian had designed in the 1960's, it was what I think they'd have dreamed up in this day and age. It was beautiful.

And it felt a lot more like what I'd expect if I were a member to have available to me. A 5 star restaurant with an air of sophistication. No more buffets. Instead a 4 person presentation from the service cast. No more little signs telling you what the food is. Rather a personal visit from the chef.

Again, I loved, loved, loved Club 33 prior to the renovations, and knowing I had a chance to see it as it was initially imagined, is an honor I'll carry for the rest of my life. But also seeing it after the renovations was a blessing as well. I never thought I'd be able to see it as lightning rarely strikes twice. Having the chance to experience it afterwards just means it's a part of the park I got to see that millions of people will never be able to see. And to see it in it's transformation.... mind blowing. 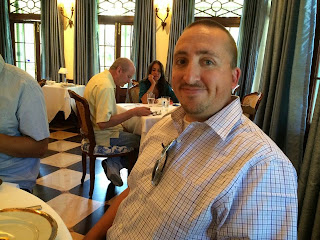 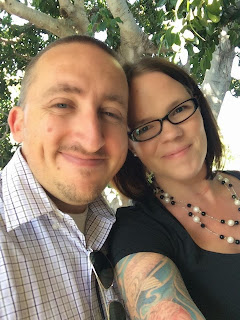 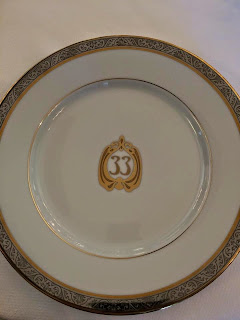 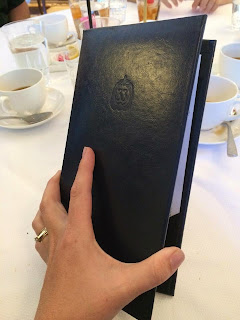 Why do I tell you all this? It's not to rub it in and make you feel sad if you've never visited Club 33. It's to tell you that Disney Magic is real. It really is.  Because if I've been able to see Club 33 in both previous and current states, ridden the Lily Belle, visited Walt's Apartment and toured the Dream Suite, it must be real. I'm no executive or rich CEO that gets special treatment. I'm just a Disney fanatic like you. So believe in Disney Magic...You just have to have faith, trust and a little pixie dust.